We invite you to experience first impressions about lovely and green city of Chisinau. During this excursion, you will get acquainted with the city history. Also, visit the historical part of our capital. You will make a stop at the monument Stephen the Great and Saint, the Bell Tower, Central Cathedral, the Triumph Arch, the Parliament, the Central Square “Stefan cel Mare”, and, surely, will have a pleasant walk along the Alley of Classics with sculptures of Romanian Classics.

And of course, we’ll invite you to a welcome dinner at local restaurant of traditional cuisine with live popular music. 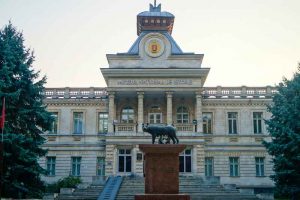 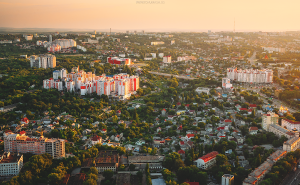 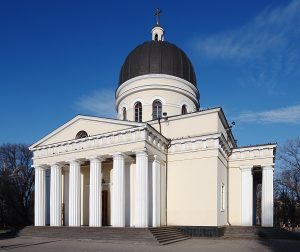 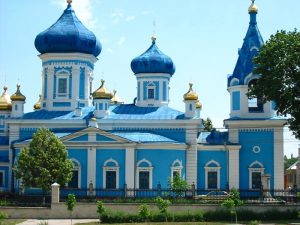 This day you will have a full day trip to Transnistria and will learn the history of this, actually, unrecognized Pridnestrovian Moldavian Republic. Moreover, it has its own currency, border guards and, of course, policy.

As soon as you cross the Moldavian-Transnistrian, border you will explore the 16th century Tighina fortress.

Get to know the historical stages of this site, and visit the on-site souvenir’s shop with plenty of interesting collection coins. We’ll also visit the on-site museum and the War Memorial in the city of Bender.

Further, we will continue onto the capital of Transnistria. As known, Tiraspol is the second largest city in Moldova. It was founded by the Russian general Alexandr Suvorov  on Catherine’s the Great will in 1792. Thus, it’s not a surprise that his statue is rising on the central square in Tiraspol and bears his name “Suvorov’s square”. During this tour, you’ll see the Drama and Comedy theatre, the Lenin and Suvorov Monuments, the Parliament, the House of Sovjets, and of course, a couple of Lenin monuments.

After lunch, we’ll take you to a nearby village Chitskan, and visit the monastery, such as, “Noul Neamt”. There are 4 churches on the territory of the monastery which house 18-20th century icons. 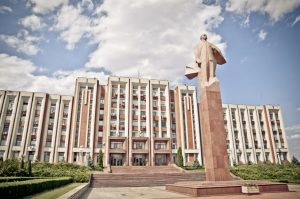 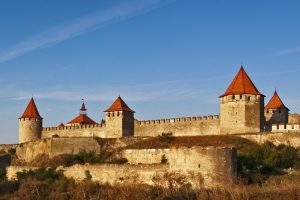 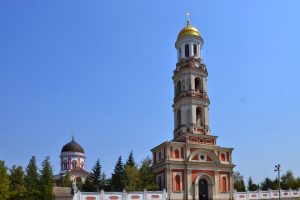 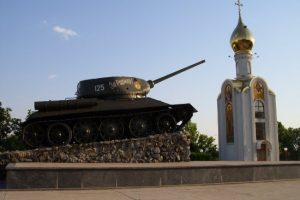 In the first half of the day,  You will have a tour along the underground tunnels of the wine-cellars. Of special interest will be a large collection of exclusive wines, including Russian President V. Putin collection, and of Anghela Merkel private collection.

To better understand the Moldavian culture and history, we’ll show you an open-air museum Orhei Vechi (Old Orhei) –an impressive complex comprising caves, grottos, churches, Geto-Dacian fortress and hermitages. As noted, the open air museum represents a true natural fortress inhabited since ancient times. Moreover, everybody will have a chance to get inside the unique 13th cent. Cave monastery with one monk only. To demonstrate the presence of different civilizations, we’ll take you to the ruins of the Old Turkish baths and Tatar-Mongolian town Shehr-al-Djedid. At last, we’ll visit the Moldavian vilage Butuceni.

Before travel back to Chisianu, we’ll also visit the monastery Curchi located in one of the most picturesque part of Moldova. The monastery lies on two terraces, and is surrounded by a wall with corner towers. According to a legend, the monastery was founded  by Jordan Curchiin 1765, local inhabitant, who escaped from Tatar invasion.

Today, we’ll go to the North of Moldova in search of new sensations and discoveries, and will, certainly, enjoy northern landscapes. In general, North of Moldova is very diverse and colorful: Moldovan, Russian, Ukrainian traditions are all mixed up.

You’ll visit such important sites as Medieval Soroca Fortress,  “The Gypsy Hill” – Roma people district famous for their glorious mansions. Of great interest would also be the monument “The Candle of Gratitude” which raises above the Nistru river and has the shape of a candle.

The fortress Soroca is the only medieval monument in Moldova, which has been preserved entirely as it was designed by its builders.

Further, we proceed onto the village Pocrovca (a village of Old Russian believers) for a meal in a traditional Russian style. Actually, it is the only place where you can taste an aromatic cup of tea served from a real “samovar”, heated on coals. In other words, all that is served in the “Samovarnaia”-a special tea house, built in an old rural style. Moreover, we’ll make a stop at one of the UNESCO Heritage sites like Geodetic Arc Struve that is to be found right in the village Pocrovca.

After that, we’ll leave for the Rudi village and visit the Rudi nunnery.  Rudi is one of the places that is worth visiting, since it’s a rural community rich in traditions . The tourists can also find here pre-historic remains in a natural, 100m long cave, being  an exceptional nature reserve.

Back to Chisinau. Dinner and overnight at hotel.

We’ll start the day with a visit to the Museum of Ethnography and History in Chisinau and see the treasures of Moldovan people.

Further, you’ll find yourself in wine-cellars Milestii Mici and witness rich underground wine gallery. For example, the wines stored here are made of various years’ crops, beginning with the 1968 to 1991. The “Golden Collection” of Milestii Mici contains over two million bottles of harmonious wines like “Pinot”, “Traminer”, “Muscat”, “Riesling”, “Feteasca”, “Codru”, “Negru de Purcari”, “Trandafirul Moldovei”, “Auriu” and others. As a result, the Mileştii Mici wine was repeatedly awarded.

In the afternoon, we head to the forests “Codrii” and visit the 14th cent. monastery “Capriana”. The oldest monastery in Moldova was founded by the great Moldovan Ruler Stephan the Great. Closed and dilapidated during the post-war period, Capriana monastery was only reopened again in 1989, becoming, as a result,  a symbol of national revival. Then, we continue to the convent “Hancu” that lies in a dense forest area, and reflects special charm and harmony.

Late afternoon, return to Chisinau for dinner and overnight. 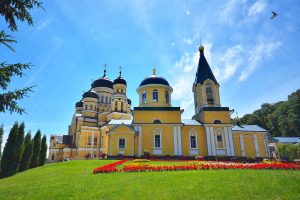 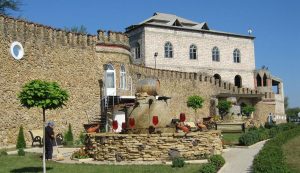 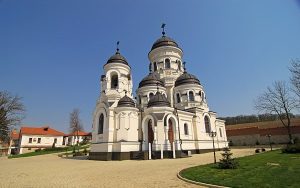 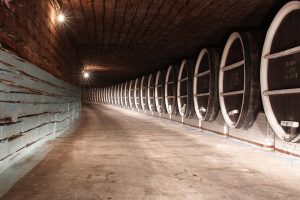 It’s a full day tour in Moldova countryside with a traditional meal in a local guest house nearby.

First, before driving to the oldest cave monasteries on the river Nistru, we’ll make make a stop in the village Clisova Noua. You’re going to visit an interesting carpet studio like “Arta Rustica”. Here you’ll have a perfect possibility to witness old and, of course, new samples of Moldavian carpets. All these reflect Moldavian way of life, culture, customs and traditions.

Further, we continue to the cave and rocky monasteries Tipova and Saharna. The bank  of the Nistru (Dniestr) river boasts incomparable picturesque landscapes in that area. Saharna River which flows nearby forms 22 cascades on its way. You’ll surely admire numerous waterfalls and cascades the river Saharna forms on its way. Tired of travel, you can rest at the bottom of a cascade in the shadow of high hills and calmness.

Later, we’ll enjoy another short trip to Tipova Monastery. It is one of the oldest cave monasteries in the Republic of Moldova. Furthermore, the monastery is spaded in stone on the Nistru River Bank.

Today, you’ll discover Moldova in the south part. It’s supposed to be a wine tour to Purcari and EtCetera wineries. On the way to Purcari, we make a stop in small town Causeni. This is a site where an ancient architectural monument of a particular artistic and historical value is situated. You’ll see a church of a rare beauty built by the Moldovans in the 15th c. Actually, the inner walls of the church are fully covered with antique frescoes.

In addition, the church is half-buried into the ground. It is said, that the Tatars admitted the construction of a Christian church, during their reign in Moldova, only with the condition that it will have the height of a man riding a horse.

We’ll further drive to the village Purcari and visit the oldest wine-estate in Moldova. It is a French-style castle with wine cellars established in 1827. Above all, Purcari winery is famous all over the world for its legendary wines “Rosu de Purcari” and “Negru de Purcari”.

Finally, we head to Crocmaz village and take a tour to the winery EtCetera. It’s a small family run winery where the wine-maker will show around his property. He’ll certainly offer us some of his award winning wines for tasting.  Of special interest woul also be a pleasant walk to the vineyards nearby.

Today, you’ll have some free time to do last shopping or just stroll around the city before flight back home.