Book Transnistria Tour and travel back in the USSR

This day we invite you to a full day Transnistria Tour where you’ll learn the history of this self-proclaimed independent and unrecognized Pridnestrovian Moldavian Republic that has its own currency, border guards and policy. This tour will be challenging for those interested in back to USSR travels willing to witness soviet relics, feel soviet style atmosphere, and finally greet Mr. Lenin who’s statues are reminding about the communist regime. 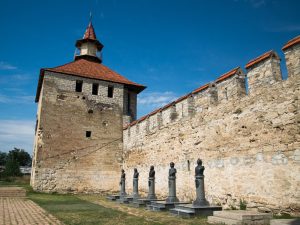 After crossing the border you will explore the historical complex “Bendery Fortress” – a 16th century fortification and the Historical Museum in the gunpowder cellar,  Museum of Medieval torture instruments, Memorial site of the Baron Munhausen and Pantheon of Russian Glory inclusively.  The first documentary mention of the Tighina fortress was in the 15th c. when the area along the river Dniestr having some trade factories, was expended by the Moldavian principality by building some new fortifications out of the wood and ground. In the second half of the 15th c. the fortress was conqured by the Turkish Sultan Suleyman, and on its place a new Turkish stone fortress callled Bendery was built. Its walls have survived to the present and offer an example of classic Moldavian defensive construction. 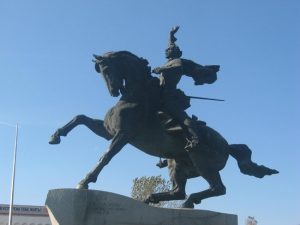 Further we will continue onto the capital of Transnistria-Tiraspol for a city tour. Tiraspol is the second largest city in Moldova. The city is located on the Eastern bank of the Dniester River. It was founded by the Russian general Alexandr Suvorov in 1792 whose statue is rising on the central square in Tiraspol. During this tour you’ll see the Drama and Comedy theatre, the Lenin and Suvorov Monuments, the Parliament, the House of Sovjets and have a walking tour along the river Dniestr. The city celebrates its anniversary every year on October 14th .

Later you’ll be given the possibility to visit the factory KVINT producing excellent brandys and wines.

The history of this enterprise traces back to 1897, when it was specialized in production of 40º alc. vodka from homemade grape wines purchased from the peasants of nearby villages.

KVINT annually produces about ten million liters of wines, cognacs, vodka and other strong drinks. This includes more than 40 names of vodka, liqueur, wine, fifteen brands of cognac aged from 3 to 50 years, each product outstanding not only for its original content, but also for its trendy design.The product under the trademark “KVINT” corresponds to the high quality standards and will make you enjoy the flavor and the taste of the drinks.

Other tours including a visit to Transnistria are Discover Moldova Tour, Countryside Tour,  Country Tour