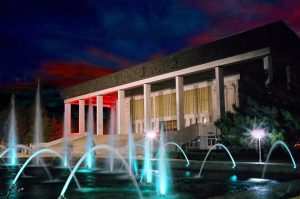 Upon arrival in Chisinau greet your tour guide and proceed for a city tour of the greenest capital in the world-Chisinau.

You’re welcome to visit the sites: Central Square Stefan the Great and Saint with Monument to Stefan the Great and Saint; the Bell Tower; Lord Nativity Central Cathedral; the Triumph Arch; the Parliament; the Presidency; the City Hall; the Memorial Eternity;  the Pesant’s market; the Catholic Church; the Alley of Classics with sculptures of Romanian Classics; National Museum of History and

The tour to the North promises to be a challenging one. Morning drive to the North of Moldova to enjoy memorable Moldova Country Tour. 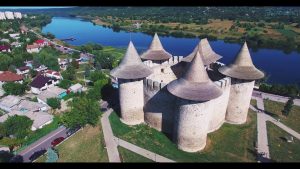 So, you’ll meet the local historian who’ll reveal all the secrets of Soroca fortress. It’s about the historical events that had taken place in the fortress. Interesting to know that the fortress had captured many dramatic events like the invasions of the Tatars, Cossacks, Polish King Ian Sobesky troops, military actions of Bogdan Hmelnitskyi, anti-Ottoman campaign of the Russian Monarch Peter the Great.

Further, we continue to the Gypsy Quarter with gorgeous mansions.

After lunch, visit to the monument “The Candle of Gratitude”having the shape of a candle and  overlooking the Nistru/Dniestr River. Enjoy an amazing view on the town from the top of the monument.

Afternoon drive to the village of Old-Russian Believers. Savor dinner in Russian style in a local boarding house offering nice Russian cuisine and natural herbal tea from a real “samovar”. 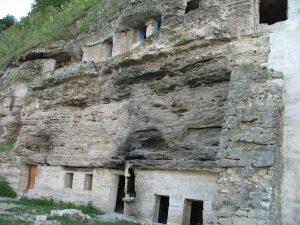 This trip will take you to the cave monasteries on the river Dniestr. Saharna village is famous for its rocky monastery, rich landscapes, and the curative spring that the Orthodox People believe to be healing. River Saharna froms numerous cascades on its way. The Grimidon Hill opens a fantastic view on Saharna surroundings, hills and woods. Finally, prepare yourself for a hill climb to witness the traces of Gheto-Dacian civilization – ancient monument on the top of one of the huge hills of Saharna locality.

Later, drive to Tipova village to explore the monastic complex Tipova carved in a rock with lots of caves, galleries, monk cells. Those served as a refuge for the monks and other people from frequent Tatars invasions. It’s abouut the largest cave monastery in Europe opening a very beautiful view to the Nistru/Dniestr. The oldest cave dates back centuries XII. 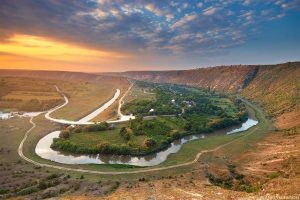 Take a tour to Arta Rustica handicraft museum and studio of national carpets. The owner of the museum will guide you and reveal the history and the origin of each object she managed to gather throughout Moldova.

Further, we proceed onto the winery Chateau VARTELY for a wine tour  to see the process of wine-making in a relatively new winery. Have eco lunch in the winery restaurant and don’t miss wine tasting.

Afternoon visit of Orheiul Vechi Archeological Museum Complex  representing rich historical and cultural value between the villages Butuceni and Trebujeni. This area has been inhabited since early times and nowadays attracts many tourists by its incomparable landscapes, rocky surroundings, historical monuments, and grottoes.

Above all, get to the village Butuceni where the locals preserve and carefully maintain the style and traditions of the Moldavian architecture of the 19th c. These are ornamentally decorated houses, gates, fences, wells with potable water, old cellars and others.

This day you’ll learn a little more about the religious life in Moldova and spend some more time with the locals.

First visit the monastery Curchi with a baroque winter church  of the 18th cent.“St.Dumitru” and summer church of the 19th cent, and numerous monk cells. 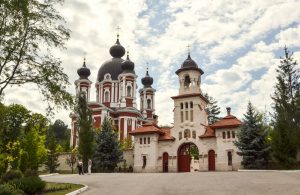 Proceed onto the Picturesque Reservation “Codrii” to breathe the freshest air and  take part in a pottery master-class in Hoginesti village. A very talented potter will share his art with the guests and tell interesting details about his ceramic and pottery articles. He’s a famous and an appreciated person who has been reviving the traditions of Moldovan pottery.

Later, we drive to a nearby village Palanca for rustic style lunch and talk to the locals. The hostess of a local guest house will surprise her guests by her culinary specialties and serve wonderful tea from local “bible” herbs growing in her garden.  She will also meet you with pleasure at her house-museum “Casa Parinteasca” and will share her knowledge about national hand-made articles and embroidered towels of her ancestors.

Finally, we’ll visit a small honey farm in Raciula village where the owner will show his property and give a short lection about the honey produced on his farm and medicinal properties of honey, propolis and other products of beekeeping. 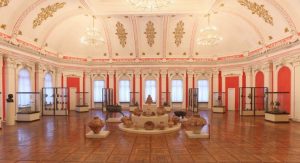 Today, we’ll take you to one of the biggest wine cellars in the world.

Visit  the underground wine city and winery CRICOVA that lies under the town of Cricova and partially under the capital of Moldova, Chisinau. The cellars represent 60 km of labyrinths and galleries having constant temperature +10 – +12 C and the relative humidity of 97-98 %. Namely these natural and favorable conditions make possible the keeping and aging of wines. Cricova winery is proud for their excellent wines and famous for its collection, underground signs, streets having the names of the precious wines “Feteasca”, “Chardonnay”, “Cabernet”….. .  Authentic Experience, Folklore, Music,

Afternoon optional visit to the museums of Archeology and History as well as to the Museum of Ethnography and Nature.

Today’s trip will take to a lesser known region in Moldova-Gagauzia which will surely impress you a lot. 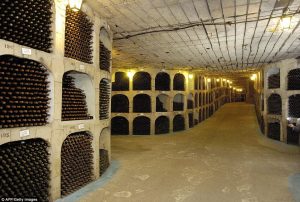 Depart for Milestii Mici winery for a wine tour. The wines there  are about the various years’ crops, beginning with the 1968 to 1991. The “Golden Collection” of Milestii Mici contains over two million bottles of harmonious wines dating from the period of Moldavian wine making prosperity.  The Mileştii Mici winery was included in Guinness Book for its large wine collection. Later, drive to the town Hincesti and visit an estate and manor of MANUC BEI. He was a prominent and wealthy Armenian merchant and inn-keeper during the Ottoman Empire.  The mansion of Manuc Bei represents a castle in French style which houses hunting house, winter garden, present museum, parks and some watch towers.

Finally, get to the autonomous land Gagauzia within Moldova’s borders.  Tour the capital Comrat, learn the way of life of this minority – Gagauzian people – people of Turkic origin speaking the language very common with the Turkish one. Afternoon visit to Museum of Ethnography in Besalma village, watch a short film about Gagauz traditions and learn about this nice people.

This day is exclusively a wine day. We’ll take you to noble wineries of the south-eastern Moldova. 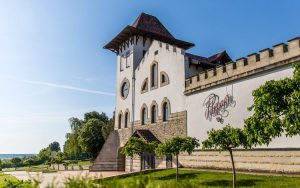 On the way, optional visit the Medieval Church in Causeni town with rich frescoes – a church built during the Tatar-Mongolian period of stay in Moldova in 15th century. The inner walls of the church are fully covered with antique frescoes. The church is half-buried into the ground. So, we leave for EtCetera winery for a wine tour, wine tasting and lunch. It’s a small family winery where you’ll have a tour by the wine-maker himself and have the opportunity to taste some of the award winning wines from really great harvest.

Finally, visit to the touristic complex and winery Purcari. Purcari is the oldest wine-estate in Moldova that is a French-style castle with wine cellars established in 1827. This winery is famous all over the world for its legendary wines “Rosu de Purcari” and “Negru de Purcari” that is true masterpiece. 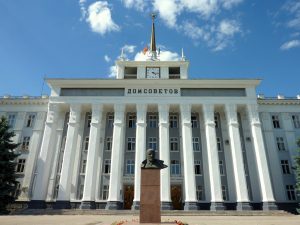 of this unrecognized Pridnestrovian Moldavian Republic – Transnistria. It’s a breakaway territory pretending to have its own currency, border guards and policy.

Explore the 16th century Tighina fortress. The first documentary mention of “Tighina Fortress” was in 1408.  Its walls have survived to the present and offer an example of classic Moldavian defensive construction.

Further, we will continue onto the capital of Transnistria-Tiraspol. The city lies on the Eastern bank of the Dniester River. The founder of Tiraspol is the Russian general Alexandr Suvorov (1792) whose statue is rising on the central square in Tiraspol. During this tour you’ll see the Drama and Comedy theatre, the Lenin and Suvorov Monuments, the Parliament, the House of Sovjets and have a walking tour along the river Dniestr.

Take a tour to the destilery “KVINT” in Tiraspol. Locals consider Kvint a national symbol. Its factory is shown on the 5 Transnistrian Ruble banknote. Its annual production is approximately ten million liters of alcoholic drinks. 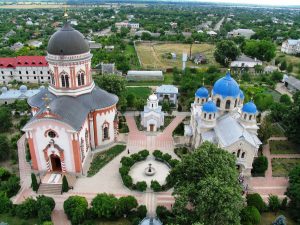 We’ll finish our country tour with visit to the monastic complex Noul Neamt. It’s the biggest religious complex in Transnistria.

There are 4 churches on the territory of the monastery which house 18-20th century icons.

Farewell to Moldova . Transfer to the International Airport Chisinau for the flight back home.